What’s A Conscience Worth? 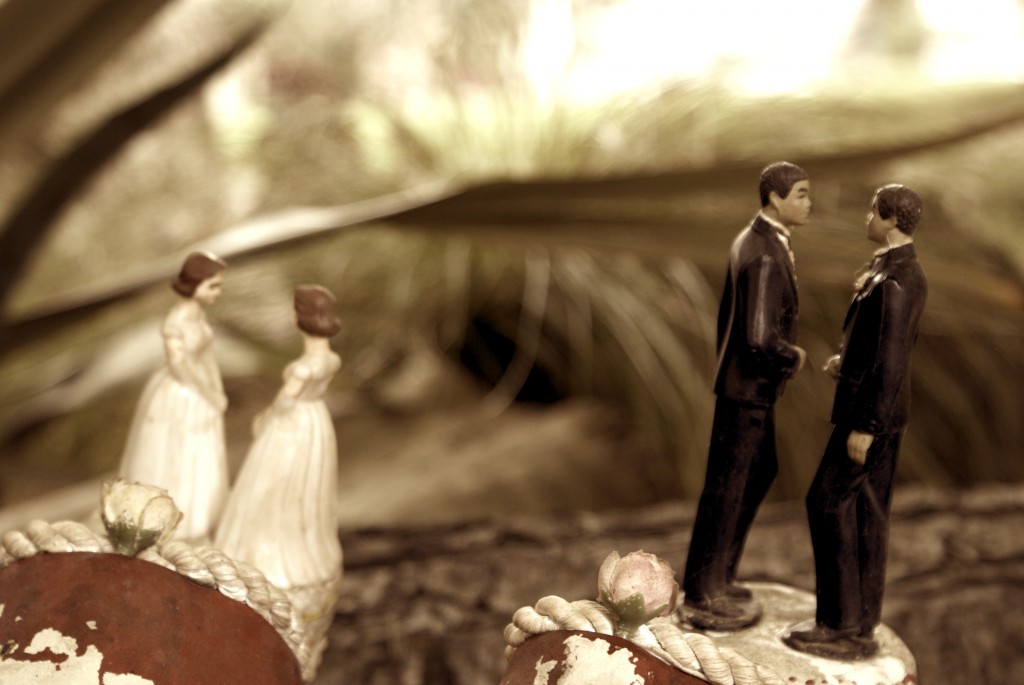 Consider this a brief, concluding postscript to my 4-article (!) conversation about religious freedom and the RFRA.

I want to give a final (Lord willing) admonition to my fellow Christians, specifically those who may be swayed by arguments such as “Bake For Them Two.” According to this line of thought, Jesus commands Christians to accommodate even their enemies out of sacrificial love. “So then,” the argument concludes, “even if you believe a same-sex marriage is sinful in the eyes of Jesus, He still commands you to love the wayward ones at the cost of your own convenience.”

Eric Teetsel has given what I think is a sufficient reply to Bake For Them Two. I agree with him wholeheartedly that the position is only biblically intelligible if you really think same-sex relationships are good after all.

But, for the sake of argument, let’s assume that baking a cake, providing flowers, photographing, singing, or officiating a same-sex wedding is not necessarily a violation of Christ’s standard of holiness. Let us put it on the level of eating and drinking with tax collectors. What then is a Christian’s obligation?

First, as has already been made clear from the examples of Jesus, such interaction is a context for evangelism. Engaging with sinners without the goal of bringing them to a place of repentance is meaningless. The Apostle Paul in Galatians 6 writes, “Brothers, if anyone is caught in any transgression, you who are spiritual should restore him in a spirit of gentleness. Keep watch on yourself, lest you too be tempted.” James teaches, “My brothers, if anyone among you wanders from the truth and someone brings him back, let him know that whoever brings back a sinner from his wandering will save his soul from death and will cover a multitude of sins.” (James 5:19-20) Perhaps I am cynical, but I find it highly unlikely that most of those who argue Christians ought to provide services for same-sex weddings are eager to use such circumstances – or any other circumstance – to evangelize homosexuals about their sin. Kantrowitz, who doesn’t believe homosexuality is immoral, certainly isn’t!

Right. Even if you could conceive of a situation where the couple seeking a service for their same-sex wedding would actually be intrigued by Christianity if their ceremony were serviced by a Christian, they certainly would not want the arrangement to be an occasion for evangelism. So, stripping away any evangelistic opportunity or realistic possibility of communicating the Gospel, what effect is actually left of baking or photographing? If your answer is, “Kindness towards others,” then you’ve reached a point of assumption (that celebrating a same-sex wedding is in fact good and therefore kind) that might be beyond all further debate.

The internal logic of Bake For Them Two would also fail if applied to a number of other controversial topics that progressive Christians tend to protest against. Take spanking. Should someone who believes that spanking is immoral agree to babysit for a parent who spanked their children and instructed the babysitter to do likewise? Would carrying out corporal punishment on behalf of the parent amount to a “bake for them two” moment, a chance to sacrifice personal comfort to accommodate someone else? If you say no, then already you’ve granted the existence of moral dilemmas in which accommodation is not a sufficient option. “But spanking is abuse, and same-sex relationships don’t harm anyone.” That’s the point, though: If same-sex marriage is what the Christian baker says it is, then to him, the wedding ceremony is indeed harmful to the couple and others. The only way around this problem is to advance a clear moral proposition (“Same-sex marriage is good”), the very thing that opponents of religious liberty laws say shouldn’t happen in a public exchange.

My guess though is that the Christians who favor a “bake for them two” approach don’t track with this logic for the same reason they don’t track with most critiques of same-sex marriage in general: They actually don’t quite understand what they support. This was the point brought out brilliantly by my friend Matthew Anderson in a piece from yesterday about the “illiberal DNA” of the same-sex marriage movement. Matt begins by supposing marriage is indeed unchangeable in its definition and irreducible in its purpose (=the traditionalist Christian argument). Given that, would not a floor-to-ceiling revolution in our understanding of something as foundational as marriage require absolute enforcement in almost every aspect of our culture?

Erasing or obscuring the moral uniqueness of the traditional nuclear family unit—if there is one— would require, dare I say, both an extensive and elaborate artifice that attempted to reconfigure not simply the family, but all those institutions which the family has some bearing upon.  Maintaining such a support would require the most powerful and influential institutions in American life, of which there are currently (by way of hypothesis) three:  entertainment, business, and the government.  And as long as those dominant institutions established such an outlook on the world, any remaining institutions would come under significant pressure to reform themselves accordingly.

In other words, you cannot believe that marriage is X without also believing it’s not Y. Conversely, there’s no future for trying to make marriage equal X + Y if X and Y actually say opposite things which yield opposite effects in every aspect of our public and–yes–personal life.

What does it all mean? It means that anywhere there is belief, there will be conscience, and that changes to one will alter the other eventually. Wherever people believe in their own heart that marriage is invented by God and exists only in a covenantal state between a man and a woman, their conscience will follow suit and apply that belief in practical ways to their living and their doing. Asking people to surrender their public conscience is the same as asking them to change their beliefs.  Of course, beliefs change without being forced. People become convinced otherwise, or they eventually lose confidence in prior held beliefs. That’s how humanity works.

It’s also how conversion to Christian faith works. That’s why there’s no safe space in the debate over same-sex marriage to argue for a conscientious Christian accommodation. There’s no such thing. Protecting the pattern of human belief that can be opened to the Gospel means protecting the freedom of the conscience. This protection can happen even if, as I’ve argued, culture disagrees uniformly with that conscience. But in the case of same-sex marriage, the debate over RFRA, and misguided Christian attempts to end-around the basic principles of conscience and culture, it’s becoming clear that there really is no way to have your cake and bake it too.